What is Endocannabinoid system? 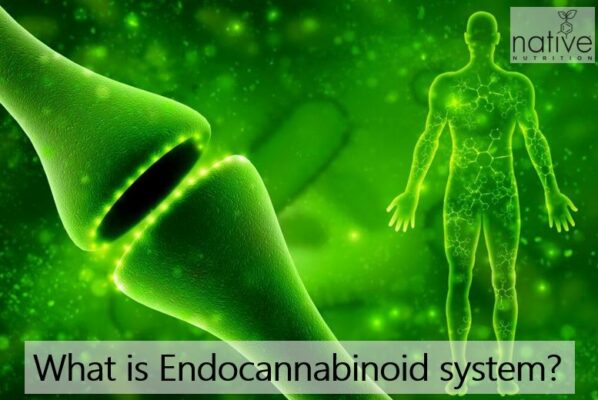 If you’re into natural health, you’ve no doubt heard of the CBD craze. You probably have friends and family on both sides of the argument, and maybe you have questions about the truth behind it. Before you can understand how and why CBD Oil works, you first need to understand the endocannabinoid system and the function it has in your body.

The term “endocannabinoid” can be sliced into 2 parts:

“Endo” is short for endogenous, meaning “produced from within” and “Cannabinoid” refers to a chemical compound that interacts with receptors throughout the body involved in the release of neurotransmitters. Your body naturally produces cannabinoids and is what the nervous system uses to communicate between nerves and cells throughout the body). These same cannabinoids can be found in hemp plants.

So putting the two terms together, the endocannabinoid system refers to a network of these natural, internal cannabinoids in various locations and their involvement with how our brain and nervous system communicates to the rest of the body.

Since the first cannabinoid receptor was discovered in 1988, researchers have discovered the endocannabinoid system is neuromodulatory (meaning it controls and regulates the central nervous system and its many functions). As such, it interacts and helps govern all other body systems (i.e. lymphatic system, digestive system, etc).

We now know that endocannabinoids and their receptors exist throughout the body, working to regulate virtually all bodily processes with the ultimate goal of achieving homeostasis – aka balance and stability.

Cannabinoids work with the human body through the endocannabinoid system (ECS), a group of receptors that work to regulate your health and promote homeostasis. The ECS has two primary receptors, CB1 and CB2. CB1 receptors are mainly for the brain and nervous system. CB2 is mostly for the immune system.

Different cannabinoids bind to these receptors to produce a wide array of effects and benefits. Each cannabinoid has their own characteristics, meaning you want as many as possible to maximize the desired result of homeostasis.

Life is all about balance and equilibrium. Science has known and studied the concept of homeostasis for over a century, but its exact mechanisms of action have been a little blurry.

We know the body has a natural way of regulating body temperature, blood pressure, blood sugar, and more. But what regulates them? What tells the body to start sweating when you get too hot?

Research is leaning more and more toward identifying the endocannabinoid system as the governing system that determines the health and function of all the others.

So all your body functions involved in homeostasis:

Are directly impacted and even regulated by the endocannabinoid system. It signals and activates these receptors with one purpose in mind – to create and maintain body balance.

How the Endocannabinoid System Works

To understand how the endocannabinoid system works, we have to look at its 3 primary components:

As a nod to their importance, there are more endocannabinoid receptors in your brain than any other place in the body! The endocannabinoid system runs like a lock and key communication mechanism withreceptors being the locks – in other words, the site in which something is received.

In this case, it’s messages. There are two main types:

CB1 receptors: These are primarily located in the brain, nervous system, and spinal cord. They help govern things like memory, pain level, appetite, and mood.

CB2 receptors: These exist in many organ systems (liver, kidney, spleen, etc) but are most prominent in the immune system and the skin. Their primary role is regulating inflammation responses and pain management.

If receptors are the locks, think of cannabinoids as the keys. Only certain types of cannabinoids can “fit” or activate certain receptors. Each time a cannabinoid binds to a receptor, it generates a unique response, imparting a set of instructions to the cell (how to feel, what to do, etc).

Endocannabinoids are those produced inside the body, and there are two main types:

Anandamide: This is known as the “bliss molecule,” and it’s the brain chemical responsible for the runner’s high, boosting feelings of happiness, increasing nerve cell creation, and fighting depression.

2-arachidonoylglycerol (2-AG): This is the most widespread endocannabinoid and is uniquely involved in pain and immune responses as well as appetite management.

Then there’s the cleanup crew called enzymes. They work to break down and recycle endocannabinoids so they don’t stick around for longer than needed. Even too much of a good thing can be bad, and that’s the case here.

There are two primary types to ensure the two main endocannabinoids are processed properly:

The Endocannabinoid System and CBD: A Healing Relationship

The endocannabinoid system isn’t limited to our naturally occurring cannabinoids. It interacts with external ones as well. That’s where cannabidiol, or CBD, comes in. CBD is a natural cannabinoid found in hemp plants.

Instead of binding to receptor sites like endocannabinoids, CBD impacts them indirectly by suppressing the FAAH enzyme responsible for breaking down anandamide. As a result, you’re left with more of the “bliss molecule” floating around and all of the happy and pain-relieving effects that go with it.

Because of this, CBD has been shown to help alleviate symptoms associated with:

It’s important to note that high quality CBD has virtually no THC – the cannabinoid responsible for “highs” associated with marijuana.

The discovery of the endocannabinoid system and CBD’s effect on it represent a breakthrough in natural medicine. Instead of using synthetic substances that our bodies were never meant to process, cannabidiol provides a safe, natural alternative that our bodies are already programmed to receive.

Since cannabidiol does not contain THC, it does not replace nor compete with our body’s own endocannabinoids – it simply helps them work better.

Choosing Quality CBD: How to Avoid the Scams

For your body to truly take advantage of the Best CBD oil effects, it must be optimized for the endocannabinoid system in several ways. If it’s not, your body can’t absorb it, and you miss out on all it has to offer.

As research surfaced on the endocannabinoid system and incredible benefits of cannabidiol, manufacturers started jumping on the CBD bandwagon – and cutting corners in the process.

So to help you not waste your hard-earned money, here are the most important characteristics you need to consider. Without each of the following being at just the right levels and potencies, your CBD oil won’t be optimized for maximum use:

Check the stats on any CBD supplements you’re considering to see if they stand the test of purity, potency, and bioavailability like our CBD here at Native Nutrition. Our Best CBD oil drops features:

The endocannabinoid system is a wellness breakthrough that’s just now being studied extensively. We mentioned two cannabinoid receptors, but researchers are working to identify a third. Who knows what new, exciting benefits are around the corner.

One thing is clear – the endocannabinoid system is critical in our body’s ability to maintain homeostasis, and anything we can do to support it should be considered.

Just be sure to do your homework and source your CBD oil and Cannabigerol (CBG) oil from a reputable company with research and third-party lab testing to back up their claims.