What are Milk Thistle Pills? 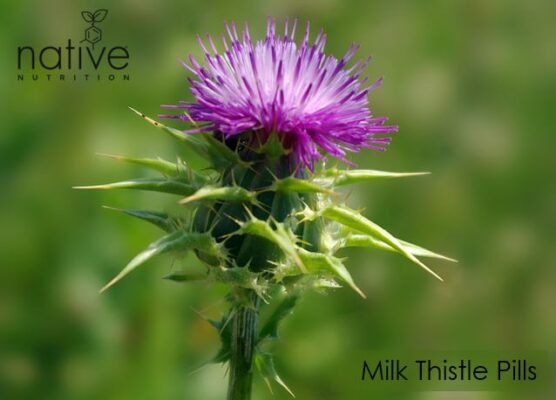 Milk thistle (Silybum marianum) is a flowering plant that is native to the Mediterranean, Asia Minor, and northern Africa. After being transported here by early colonists, it now grows across North America and can be found in South America and Australia. People have utilized milk thistle to make medicine for thousands of years.

The active ingredient in milk thistle—and the primary reason why it’s been shown to have medicinal effects—is silymarin. Silymarin is actually a group of bioflavonoids that have both anti-inflammatory and antioxidant properties. It’s found primarily in milk thistle seeds.

In the past, people utilized milk thistle in the management of gallbladder problems, kidney issues, and liver disorders including cirrhosis and hepatitis. Today, people continue to employ milk thistle in the hopes of improving these and several other conditions and enjoying other health benefits.

There’s a good reason why milk thistle is an increasingly popular supplement. To date, research suggests that milk thistle may:

Both past and present, supporting liver function is easily the most common reason that people use milk thistle. Research into the effects of milk thistle on human livers is still in the early stages, but animal studies have found that milk thistle may help counteract liver damage induced by alcohol, acetaminophen, hepatitis C, radiation, diet, and other substances. For this reason, milk thistle is sometimes used in the management of liver issues including cirrhosis, hepatitis, and jaundice.

Milk thistle’s antioxidant properties help protect against oxidative stress, or the damage caused by free radicals. (Note that the linked study was conducted on rats.) Because oxidative stress is a potential cause of Alzheimer’s disease and other degenerative neurological conditions, milk thistle is thought to have a neuroprotective effect—meaning it may help protect the brain from degenerative conditions and otherwise support a healthy Central Nervous System.
Support immune system function. Studies suggest milk thistle may stimulate immune system function (thereby bolstering immunity) and help stave off infections. This is thanks largely to its antioxidant and anti-inflammatory effects.

There’s some evidence that milk thistle may help protect against bone loss, which is a contributor to osteoporosis and can increase the risk of broken bones. A 2013 study (which was conducted on animals) found that milk thistle may be especially useful in staving off the bone density loss that is common in postmenopausal women or other people with low levels of estrogen.

Largely because of its antioxidant properties, milk thistle has been shown to relieve inflammatory skin conditions (per a 2015 study on mice) and to have anti-aging effects on human skin cells. It’s also been shown to reduce lesions in acne-prone people who supplement with milk thistle.

One 2006 study found that milk thistle might help lower levels of LDL or “bad” cholesterol, thereby contributing to greater heart health. In particular, milk thistle may help counter the loss in bone density that is common among postmenopausal women. (This can result when estrogen levels decrease.)
Assist in the management of diabetes. Research suggests that milk thistle might lower blood sugar levels in people with type 2 diabetes. Supplementing with milk thistle for four months may also help lower triglycerides, “bad” cholesterol, and hemoglobin A1C, all of which can be useful for people with diabetes. That said, it’s important to note that anyone with diabetes should avoid supplementing with milk thistle unless under a doctor’s supervision.

While more research is needed, one 2016 review found that supplementing with milk thistle extract helped limit the spread of cancerous cells in patients dealing with colorectal cancer. Other lab studies have found that silymarin and other compounds found in milk thistle might shorten the lifespan of cancer cells, limit blood supply to tumors, and support the cancer-fighting effects of chemotherapy.

In general, milk thistle is considered safe for use by adults. Studies that have employed high doses of milk thistle over an extended period of time have found that only around one percent of participants reported side effects.

In rare cases, people may experience bloating, diarrhea, headaches, intestinal gas, loss of appetite, or nausea while using milk thistle. People with allergies to ragweed or similar plants may experience an allergic reaction.

It’s also worth noting that milk thistle may interact with some medications, so you’ll want to talk to your doctor if you’re currently taking meds or dealing with medical issues (particularly diabetes or hormonal conditions). Pregnant or breastfeeding people should avoid using milk thistle, as there isn’t sufficient research into the safety of using milk thistle under these conditions.

If you’re interested in supplementing with milk thistle, keep the following in mind:

Milk thistle is a natural supplement that may provide a wide range of benefits, including helping to detox the liver, improve immunity, and boost bone, brain, and skin health. It’s generally considered safe and is unlikely to cause negative side effects.

That said, it’s important to choose milk thistle supplements wisely in order to ensure that you’re getting all of the good and none of the bad. For maximum bioavailability, choose a product that offers milk thistle in capsule, tablet, or powder form, such as our Milk Thistle. Our supplement is organically grown, contains no fillers, and is third-party tested for purity and quality. Because the FDA doesn’t regulate supplements, it’s a good idea to avoid brands that offer anything less.

While research into the potential benefits of milk thistle is still underway, so far studies suggest that quality milk thistle supplements may be a powerful, all-natural way to bolster liver and overall health. 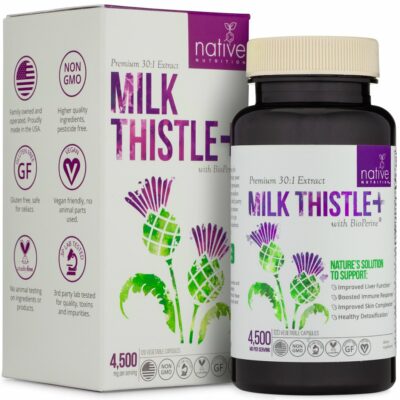