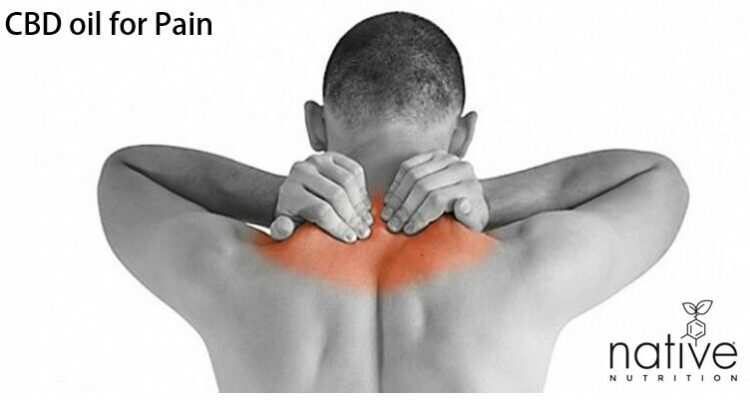 While research into CBD is still in the early stages, some of the most promising studies have suggested CBD may be helpful in relieving pain, including the management of acute pain (such as headaches) and chronic pain conditions (such as fibromyalgia, rheumatoid arthritis, osteoarthritis, and multiple sclerosis).

For starters, cannabinoids including CBD have been shown to interact with different receptors in the body’s endocannabinoid system, which plays a role in many of the body’s functions—including functions in the central and peripheral nervous system, the endocrine system, and the immune system as well as functions related to pain (such as the release of endorphins, inflammatory responses, and neurological perceptions of pain).

Because the endocannabinoid system relates to so many different pain control systems in the body, it makes sense that modifying this system might also modify the experience of pain. And that’s exactly what CBD is thought to do. For example, CBD may reduce inflammation, which lessens pain intensity. It may also influence the brain’s neurotransmitters in ways that reduce the perception of pain intensity.

While researchers are still working to understand all of the ways in which CBD may relate to pain and pain management, the science is promising enough that in 2017, the U.S. National Academies Health and Medicine Division declared that there is substantial evidence to suggest cannabis is effective for treating chronic pain.

What’s more, CBD may provide all of these benefits with little to no side effects—unlike over-the-counter and prescription painkillers, which come with significant risks

How to use CBD oil for pain

If you’re interested in using CBD for pain relief, then it’s important to keep a few tips in mind:

While CBD is by no means a cure-all for all the possible aches and pain that could overcome a human body, so far it seems to offer pain relief without many of the potentially dangerous side effects of conventional over-the-counter (OTC) and prescription painkillers.

Here are some of the concerns associated with over-the-counter pain medicines including acetaminophen (Tylenol) and NSAIDs such as ibuprofen (Advil or generic) or naproxen (Aleve and generic):

Meanwhile, here are just some of the major concerns associated with opioid pain relievers, which include codeine, hydrocodone, morphine, and oxycodone:

In contrast to more conventional painkillers, CBD oil is generally considered safe and non-addictive. It’s also non-fatal even when consumed in large doses.

Additionally, it’s possible CBD may interact with other medications—particularly antidepressants, blood thinners, and cholesterol-lowering statins—in much the same way as grapefruit, by intensifying the other medication’s effects. The potential for interaction seems to be larger when CBD is consumed in large doses.

Other research into the potential side effects of CBD is inconclusive. One study (which was conducted on mice) suggested it’s possible CBD might be harmful to the liver when consumed in high doses, but research in this area is mixed.

In general, studies suggest CBD may provide pain relief without the harmful side effects that are common to over-the-counter and prescription painkillers. For instance, CBD is unlikely to damage the stomach.

And according to the World Health Organization, CBD doesn’t seem to have any risk of abuse or dependence. The organization has declared “there is no evidence of public health related problems associated with the use of pure CBD”.

Research into CBD’s benefits is still ongoing, but so far many credible studies suggest CBD might be useful in the management of both short-term and chronic pain.

What’s more, CBD and CBG may offer pain relief without the dangerous side effects that are common among over-the-counter and prescription painkillers.

If you want to give CBD oil drops a try, make sure you source from reputable brands with strict quality control measures.

At Native Nutrition, our THC-free, broad-spectrum CBD oil is made with U.S.-grown hemp, and every batch is processed in an FDA-certified, GMP-compliant facility. We don’t use any cheap fillers, synthetics, or low-grade ingredients, and we do use a proprietary blend of carrier oils to maximize absorption. Finally, all of our batches are third-party tested for potency and 100% THC-Free to ensure you get the CBD you pay for.

As always, our goal is to provide the highest quality products to assist you in caring for your body in healthy, safe, and sustainable ways. 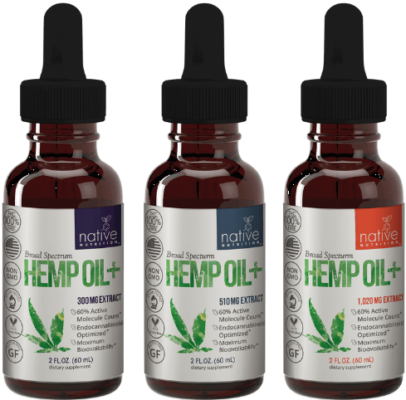